Antonello Piccinino made his first graffiti in the early 90s and signing it with the name “MACS”, the name that still is his “art name”. He is a graffiti artist, graphic designer, and illustrator. It is one of the most famous and representative writers, in Italy and abroad, where he produces over the years many wall paintings, participating in numerous exhibitions and national and inter- national, including: “L. A. Goldrush” Los Angeles(United States), “Artshow” Riccione (italy), “Love My DC” Tutin, Rimini, Rome, Bologna, Napols, Milan (Italy), “Meeting Of Styles” Salonika (Greece), “Can !t” Antwerp (Belgium), “Stroke” Munic (Germany), “Outline Colour Festival” Lodz (Poland), “Teramo Urban Festival” Teramo (Italy), “Urban Tales Festival” Foggia (Italy), “Kosmopolite” Paris (France) ed “Etres Aimes” for the first time an event of street art in the heart of Paris, next to the Louvre, “Graffiti fine art” at M.U.B.E. Museum of San Paolo (Brasil), “River Tales” Giessen, Wetzlar (Ger- many), “Strand graffiti” Burgas, Sofia (Bulgaria). In 2010 he was called to paint in the Teatro del Silenzio in Lajatico (italy) during the concert of Andrea Bocelli, Zucchero and Carreras. He is selected for the project Alephactory, where he painted the facade of the main plant of “Arti Grafiche Boccia” in Salerno (italy), one of the most important printers in Europe. He gets interviews in international journals as “Aelle” (1999/2000), “Innercity”, “graffti All Stars” for two times, “Blazing”, “Stone magazine”, “Subliminalart”, and many more.

Regardless of the technique that ranges from pencil, acrylic, up to the spray, Macs has the talent to have a recognizable signature style: her sign declined to comics, to the study of lettering, and the photo-realism thanks to an innate sense of pictorial launches clear messages from the walls of the city, the electric cabinotti, up to the canvas. His characters travel around the world, sometimes dreamy, others melancholy, funny or sarcastic and what is astonishing is their disarming expressiveness: are not only beautiful to look at but they have so much to tell. They do not stand out in the streets of the city to simple habit artistic, but to stimulate thought in the observer, to force them to think through a representation that both impacts as are his characters. And this is the only flavor that you grant: to let all enchanted to look astonished. 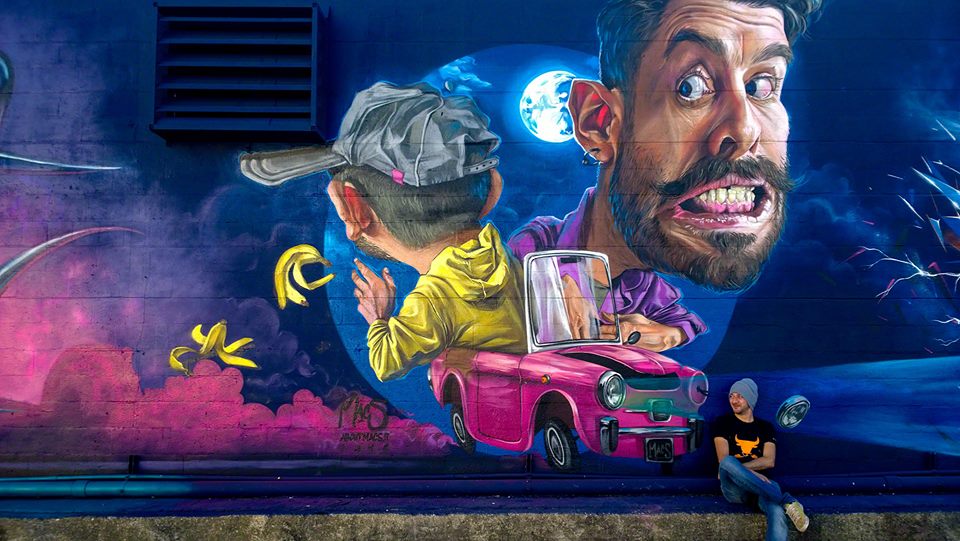