He started to graffiti at about 13/14 years old with some friends.

He has has spent some years in Milan, where he mets lot of writers and artists. His crews are LME and MCG.

Based in Cagliari, he works as a graphic designer and illustrator, and he’s still painting in Sardinia and around the Europe.

His style on wall, like on canvas, is far from classic graffiti. he prefers to paint the human figure in suffering and dead animals, all of these represented in a very personal way.

He loves to combine realistic figures with abstract forms. 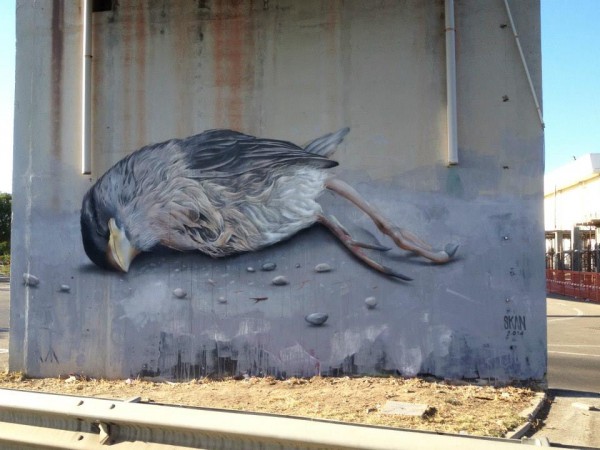